This this is about a basic topic. About science, Karti Hai explains why we cannot deny such tragic events. More than 400,000 people have died in Sudan’s civil war, in the last seven years.  More than 3.5 million people have died in Syria’s civil war.  Countless Rohingya women were raped during the Myanmar massacre.  More than 3 million people in NRC India are at risk.  Why can’t we respond so many times even after showing such numbers?  The psychologist said Pual Slovic. 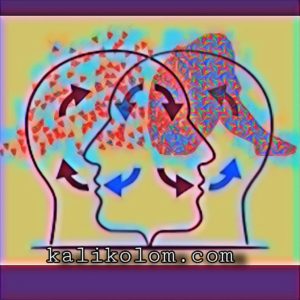 Not that we don’t care about these issues.  According to him, the problem is in this number.  And it is for this thing that he uses a theory called the prospect theory.  Daniel Kahneman received several Nobel Prizes.

According to this theory.  We give different importance to the same cheese in different situations.  As he says we take 200 and 300 more.  Compared to 9900 and 10000.  Despite this, the situation is different in both cases.  That’s why we try to save 10 ₹ 20 by arguing with the vegetable seller.  But we do not try to save the same money.  When we buy something big like car, TV, freak or hawk loptot.  And according to slovic the same thing happens in our case when we try to evaluate the life of another.  When we try to start someone else’s life.  And he called this thing Psychic Numbing.

In 2013, he conducted a study.  And Oni asked people to donate money for hungry children.  He found it through his research.  When he told people this, two children had to be saved.  Compared to a child, Ekchuali people have donated less money.  He called it the similarity effect.  The refugee crisis in Myanmar has reached alarming proportions.  The news was coming from the media but people were not too worried about it.

In India we also see this in the case of Nirbhaya.  Thousands of people protested against the lawsuit.  The media has consistently covered this incident.  And there was a lot of pressure on politics and the police because of the public and media environment.

If everyone’s life is the same for everyone.  So why didn’t we protest a lot?  Knowing this!  36 The girl was raped for several days with drugs.  (It would take a story here) A small child in West Bengal fell into a well.  For four days then why did the media give coverage of why 24.  And that Lokesh Meghalaya 20 people were trapped in a mine for about a week. Slovic said that the reason for this thing is the similarity effect of time.

Where we believe.  1 larger than 34 and 1 larger than 15 and 15 and for this reason we do not understand the lives of people affected by any major human tragedy.

Like the Rohingya refugee crisis.  hiba Nasir!  A 16-month-old baby had a stone in his eye November 2018 Doctors could not say whether Hina would regain full sight.  Nevertheless, the story was covered by many media houses.  However, the story did not have any effect. Why?

Paul Bloom to a psychologist who wrote a book.  Empathy He says we show empathy when we belong to their social group.  And Kashmiri Muslims are Kashmiris and they are Muslims.  And that’s probably why we can’t relate to them.  We are told by the media that Ara is different from us.  His identity is Muslim.  They support terrorists.  For this reason our government justifies any action against them so the feeling among us does not rise so much.

And it makes us vs them a mindset.  That is why the walls of imagination stand between us.  And we can’t find feelings with Kashmiri Muslims.  And the people of that country say that entry of foreigners is forbidden in our country.  Because they will take our job.  But Takan makes no sound.  When it was seen that the external stars are Hindu, Sik, Buddha.  And this thing reflects our bias.

To Big a problem

There is one more thing than psychic numbing and bias.  Which prevents us from helping others.  We know that the problem is so big that we cannot solve the problem alone.  Slovic’s team did another test.  Show some people a picture of a hungry girl and ask them to donate.  And besides showing photos of other people, the hunger statistic was also shown.  They actually donated less.  Slovic said people can know by looking at the statistic that the problem is huge.  Due to which their motivation decreases.  Because they know this donation will not solve such a big problem.  When we are told that millions of people have suffered because of the NRC.

We reduce our motivation to help any high number.

Because it is a psychological issue.  Prevents us from helping others.  slovic said that if we rely on machines instead of humans for many decisions.  There will be no chance of feeling because of the machine.

He gave the example of the tax system that following a formula that goto pays as much tax as he has to pay.  And it doesn’t matter what his religion or caste is.  But we know that such a formula is impossible to use in every decision.  As to who will get citizenship, in India, this decision cannot be taken from any source.  Because it involves politics.

What can we do?

But that doesn’t mean we can’t do anything about it.

The second thing is that we need to pay more attention to common things instead of different ones.

The Rohingya refugees from Myanmar took the role of kurti test and fled to Bangladesh.  Grants for Rohingya refugees in Myanmar were probably the reason why so many people saw the horrific pain of 1971 among them, whether Rohingya Muslims, peasants or women victims?  If we focus on common issues.  Then we will be able to help them more.  And if so FIFA Nazir, Rohingya maybe they can sleep in peace.